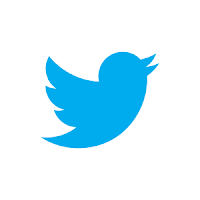 I did it. After resisting for years, I am finally on Twitter. I now tweet. I now retweet. I @mention. I do #followfridays. I am now completely and utterly addicted. Oh dear.

So why did I stay away for so long? My list of excuses went something like this:


"I don't have a smartphone...it's just so difficult to check them on a computer."

"I don't get how it works! Who's tweets am I looking at? Why are someone else's showing up in that feed!? Help!"

"Only people with constant, boring, irritating thoughts use Twitter."

"Who wants to hear about what I had for breakfast anyway?!"


You get the idea. But in the end, of course it didn't take long to figure out how it worked. I just got started, and it went from there. 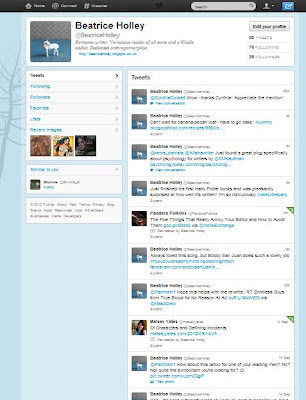 1. Set up account. Uploaded picture. Pretty simple. Phew.
2. Found one person I knew, clicked 'follow' and held on for dear life. Nothing bad happened.
3. Looked at people I was a fan of and found out who they followed and/or followed them. Stole them.

And then...someone I didn't know started following me. And then someone else. So I followed them (after checking to make sure they weren't some crazy sex-ad spam bot of course). And then some of their followers followed me. Wow. REAL LIVE TWITTER FOLLOWERS. And I was hooked.

#ff #FF #followfriday
I found this fascinating (okay, enough 'f''s!). A totally viral way of doing a 'shoutout' to others to recommend they follow someone you're following. Apparently it's expanding from just Fridays to Thursday nights and Saturday mornings. Human beings really are attracted to ritual, and this is steadily becoming a Twitter tradition.

What NOT to do


There are some really cool people on Twitter!
I had no idea there were so many other writers out there. All reading, all writing, all talking to each other. It's fantastic, and I am meeting people already I would never have stumbled across on any other network.

So if you aren't already, why not follow me? I promise not to spam you. I promise to be a human being. I will do my very best to not be completely and utterly boring.