"Oh Luke," she moaned in soft, dulcet tones as he slid his deft, manly fingers along her luscious thigh, brushing oh so near her virginal womanhood. His rakish touch set her whole body on fire as she arched fluidly against him, begging for more.

"Babe, I want you so bad," he breathed, raining kisses along her sleek, swan-like neck, pressing his taut, muscular thigh between her willing knees.

"Just a sec," she muttered, scrabbling furiously around in the drawer of the bedside table. "I could have sworn I put some prophylactic supplies in there just the other day. I'm on the birth control pill, but you never can be too careful about sexually transmitted diseases, right?" 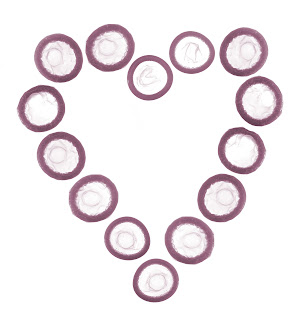 The other day I came across an article by relationship psychologist and author, Susan Quilliam, At first the article made me a little sniffy, as I've grown used to reading diatribes by women who feel the entire romantic fiction genre is a waste of space and insult to their womanhood (no, not that womanhood). But I made myself reread the article with a cool head, and while I may not entirely agree with her on all points, she raises some valid questions.

The Article
The main thread of her article surrounded the question of  the impact of romantic fiction on the state of sexual awareness, safe and consensual sex, and emotional health of the female population. You cannot deny the sheer prevalence of romantic fiction and the endless staggering volume of the literature consumed every day by women worldwide. So I'll give her that one. It must have an effect.

Her main beef seems to be around the potential for romantic fantasy to wrongly inform women about:

So what?
Knowing this...knowing that romance readers seem to have developed an allergy (not literally!) to condom use, and are apparently filling up therapist waiting rooms globally due to sexual and relationship woes; what do we do about it, if anything?

As writers of romantic fiction, do we bear some responsibility for ensuring that the women who read our books are given the true picture? Or are we providing what women actually want; a fantasy, an escape from reality?

I have a suspicion that even with the 50 Shades-style literature that is swamping our eReaders, most women are pretty smart, and they know the difference between fantasy and reality. I also believe that romantic fiction as a genre may be headed towards a slightly gritter real-to-life style in any case. But it's something that bears thinking about.

A Question...and A Challenge?
If you can't write a love scene and make safe, consensual sex...sexy; is it the fault of the subject matter or the ability of the writer? Can you make condoms sexy?