Too Stupid To Live (TSTL) - Mistakes of a Rookie Writer 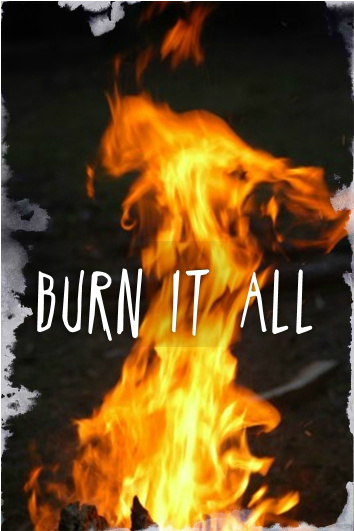 Yes, so, I thought I'd get some objective feedback on the first portion of one of the first stories I wrote. Second draft. Much snappier than the first. Was certain it would get some sort of positive feedback. I mean, my writing isn't Man Booker Prize-worthy, but it's better than some books I've PAID for, right? Right?

So before I bury my poor wounded writer's head in the sand and follow that insane impulse to NEVER WRITE AGAIN EVER EVER AGAIN EVER...I thought it best that I just write down a couple of things I need to learn from the whole experience. Maybe they'll be useful to someone else, or at the very least it will help me remember (as if I could forget).

My first lesson was on the acronym 'TSTL'. New one for me, but a quick Google session told me that every time someone was calling my leading lady 'TSTL', it meant she was 'Too Stupid To Live'. As in, 'How on earth did she get from being born to being an adult without accidentally getting herself KILLED. Killed from sheer STUPID.' Other words used to back up the 'TSTL' label were such glowing descriptors as 'twit' and 'such a ditz'.

Now, I'm not about to go into detail about the actual piece (particularly as it's still partaking in a ceremonial burning on the back patio and LET'S JUST NOT GO THERE), but here are a few more things I'm taking away from the experience.

Your character is allowed to be human, make mistakes, and be flawed. But (apparently) you cannot show all their WORST traits in the first two pages without turning at least a few readers into haters. They want to get pulled into the life of someone they can either relate to or at the very least, vaguely respect. So if all I give them is a series of reasonably dumb mistakes and nothing much in the way of redeeming qualities, apparently ...that's a turn-off. Being dramatic is not enough. Being dramatic and DUMB is bad.

This might seem entirely logical and obvious when you read it. You're nodding to yourself now. You're thinking, "Nah, I'd never do that." But how easy is it to forget that we know our characters intimately - especially if we've written the entire book and know their whole story. How easy is it to forget that our character still has to make a first impression on a completely 'cold' audience who don't yet know about our character's winsome smile or quirky laugh or extended butterfly collection? First pages do sorta have to be all about that first introduction. A polite how-do-you-do, or at least NOT a display of all your beloved character's worst traits. Like I did.

I really thought I had this down. I'd read enough excruciating 'laundry-list' intros to books that I thought I knew what I was doing. I cut a lot out. I thought I'd been brutal. I wove subtle details in. I thought I'd been clever. But instead of the gripping wash of introduction to my heroine's dilemma that I'd intended, it mainly just came across as navel gazing. Too much thinking. Not enough doing. WAY too not-enough-doing. So, if you think you've been sparing? Cut more. Snip snip. You have a whole book to bore people with the details. Or at least...I do.

4. GO WITH YOUR GUT / STOP OVERTHINKING

Ironically, but probably not very surprisingly, the one line that someone picked out as being reasonably on the way to showing a tiny glimmer of potential was one of my weird, out-of-rear-brain-nowhere things I just chucked in and shrugged about. Wasn't bad enough to cut, so I left it in. And THAT is what they liked.

So often I catch myself writing the way I think writing SHOULD BE. As in...not obeying the words on the tip of my brain's tongue (that sounded weird...but I'm going with it), but reformatting the whole thing until it sounds the way writing is 'supposed' to sound. And in the process, the pure voice of it gets muddied. Muffled. Stamped out. Out goes the visceral. Out goes the instinctual. If there's one thing I am really taking away from this is...give myself permission to BE MYSELF.