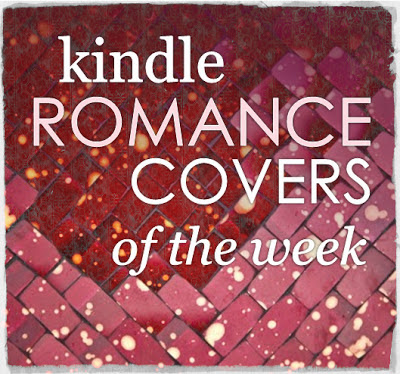 Okay, here we go! I've done my wander through a week of written Romance, and pulled out what I think is the best and beautiful in Kindle Romance Covers. And yes, I took a week off, partly due to busyness but also due to there being a strange lull in good covers. I found a few reasonable ones, but not enough to write home about. Of course, this week I found more than you can shake a stick at, and I'm up to the brim with loverly-coverly goodness!

Before I get started, some words for anyone joining the party for the first time. I review covers of Kindle eBooks published in the past week on Amazon UK  categorised as 'Romance'. I have no affiliation with Amazon or Kindle, nor do they line my (empty) pockets in any way. It's just an easy way for me to gather a manageable number of covers and pick out my favourites!

And for my usual, secondary disclaimer: I have no idea if the writing IN these books is any good. I will read the blurbs to see how the cover art ties into the story/genre, but that's IT. Any judgement of writing quality is up to YOU, fair reader. I just look for prettiness!

Before I get to the runners-up, I have a few things to note:

OOPS, YOU DID IT AGAIN

That's right. Now that I've started to spot trends in repeated images used in cover art, I am obsessed with spotting Wore-The-Same-Dress-To-The-Ball incidences. Here's your dose of duplication for this week - and YES, they were both releases in the SAME WEEK. 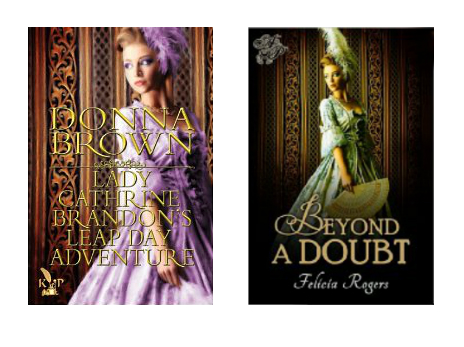 To be entirely fair to authors, cover designers and publishers alike, how would you know that someone else is going to pick the exact, same image from a database and release those precise books in the same week? You don't. But it's an unfortunate mishap for these two authors. I will say, I much prefer the cover of 'Beyond a Doubt' by Felicia Rogers - the text on 'Lady Catherine Brandon's Leap Day Adventure' is almost entirely unreadable!

TREND SPOTTING: SUN'S OUT, GUNS OUT

Sorry. I heard that phrase for the first time this week and can't get it out of my head. The Urban Dictionary tells me it has something to do with muscly young men wanting to get their kit off and wear short sleeves the moment the temperature goes above 15C to show off their 'guns' (a.k.a. arms/biceps). But I'm talking about LADIES with guns. Real ones. Noticed a number of covers with strong women and their not-so-concealed-carrying. 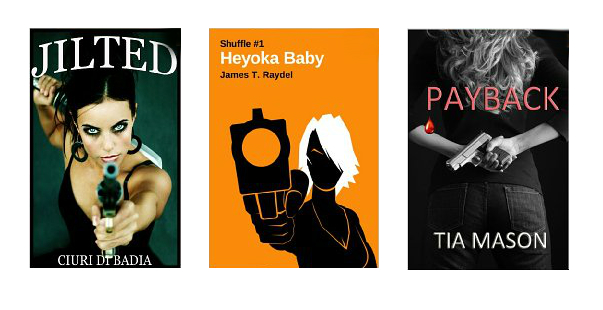 And for the first of this week's runners up...

I'm usually really NOT into the clutchy-couples thing on romance covers, but this week showed up a little crop of rather decent ones! For me, if you going to show both protagonists on the cover, it's got to be more than just a way of indicating whether it's a Scottish historical (KILTS! SWORDS! BOSOMS!) or a vampire fantasy (NECKS! FANGS! BLOOD!). I want to see emotion in the interaction between the couple, not just pretty bodies.

This upside-down-backwards-Spidey-kiss pose seems incredibly popular these days, don't you think? But this cover does work, and the fact that our couple are canoodling on the grass (something I always found more romantic in one's mind than in reality. Grass itch. Ants. Dog walkers. Say no more.), is a nice change. What pulled me to this cover was the palpable tenderness between the couple. I'm all about a cover expressing something, particularly emotion. The font and title are nicely spaced, contrast well, and don't interfere with the main image. The fact that the story revolves around a farm (nature), and they're rolling around in the grass (nature!), ties right into the title. The pose may seem relaxed, but you could stretch this a little and say that they are still at cross-purposes with each other, just a little, which adds a nice tension. 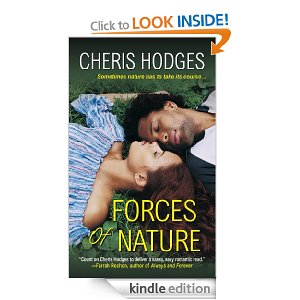 Maybe it's thoughts of moving to Texas someday, but I have a fascination with the way a southern girl can put together a dainty dress and a pair of boots and it just looks darn-tootin' good. (I should stop talking like that. Okay. I will stop talking like that). Not sure I have the calves  for it, but I might try it someday. [FOCUS, BEATRICE.] Yes, so...the cover!

I've decided that I often prefer it when the models on covers have their heads cropped out of the image. Sounds brutal, I know ("OFF with their heads!!"), but while I want to get a FEEL for who the characters are from the cover, I want my imagination free to roam when I start reading. I don't want to be trapped into one impression of some actual, real people who are not actually the characters in the story, no matter how well their hair colour or chin-cleft matches their descriptions. So I'm a fan of this one - I can tell something instantly about our gal (well dressed, confident), and our guy is a little more down-to-earth, boy-next-door. That, and he has her a little bit backed into a corner, so to speak. The blurb backs this up, so I'm giving this one a thumbs up. Oh, and the colours are verrry pretty! 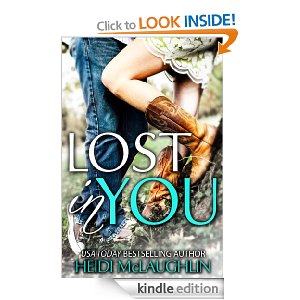 I actually worry about how fascinated I get by design amendments and alterations. Befores and Afters. Version 1s and Version 2s. Here's a great example of what the most subtle changes can do for a cover. I picked Kim Karr's Connected out of the line-up this week, not knowing that there was a first version from her self-published (assuming - correct me if I'm wrong!) edition of the book (Version #1 below, in black & white). The version I spotted was Version #2, in colour.

Maybe it's my imagination, but just the colour change alone changes the mood entirely. From dark and brooding in greyscale, the colour version is much warmer, sexier and approachable. The photograph is identical in composition, but just the change in colouring and contrast and the new position of the title mean we can see that her arms are actually wrapped around his waist. This means he goes from looking slightly more overpowering in V#1 to her almost holding his hands behind his back in V#2. Hey presto, you have a complete change in relationship dynamic. We're very attuned to body language, and what you show vs what you reveal is incredibly important.

The colour version has a much clearer version of the title, but I love that they've kept the pink/grey mirroring of the word. Symbolism in a title and in the text is a big winner for me, and to have mirroring/ying-yang/feminine-masculine all tied into a word like 'Connected' is perfect. I'm voting for Version #2 (fingers crossed it's actually the current one!).

ALL THE SINGLE LADIES

Okay, so my secret's out. I'm not generally a big fan or follower of pop music, but I've always thought Beyonce was pretty incredible. Though I did get in trouble thanks to her 'Single Ladies' song at a party once. Apparently the birthday girl was celebrating her recent split with her ex, and specifically wanted to celebrate with all the OTHER single ladies. I just liked the song, so got up and did my thing (in other words, I swayed to the music and shuffled my feet a bit. A dancer I am NOT). That was until I was firmly chastised by the birthday girl for dancing to a song about 'single ladies' when I was, in fact, a MARRIED WOMAN. Shock. Horror. \Tail between my legs, I scuttled back to my table. Won't be making THAT mistake again. But if I ever need cheering up, there's nothing like that video of the baby busting a move to Beyonce to do the trick!

What's not to like? Clean, clear design. The font style works beautifully with the wavy lines of her hair. It's all about contrast and leaving room for that all-important (and in this case, literal) 'white space'. Simple, and lovely. 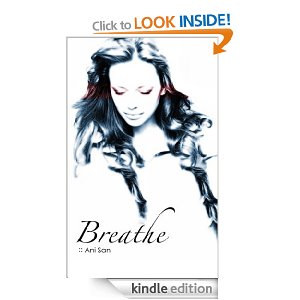 Title: In My Own Shadow
Author: Susan A. Royal
Publisher: Museit Up Publishing

In contrast, this cover has a whole lot going on, but then again, so does the plot. There's time-travel, a Book of Secrets, telepaths, and alternate universes. What grabbed me particularly is the girl, her face, and again...the emotion. Lost, but strong, you want to find out what she's about to go through. The actual echo/shadow on the word, Shadow, is very clever, and pulls the title together with the fact our protagonist has an alternate in this alternate dimension. Careful placement of the elements keeps this from being what could be a very busy cover. 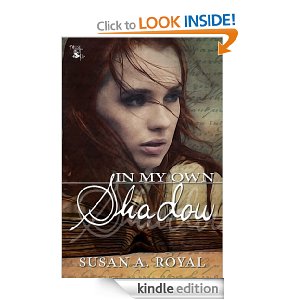 More lying down in grass! Okay, so maybe we all do a whole lot more of this since Bella and Edward went daisy-swimming and we met the sparkly people. But I do like this cover, and with the story appearing to be about/for a younger audience, I think it's fitting. I like the fact she's posed upside down, which gives us some idea that things have gotten rather topsy-turvy (do people even SAY that any more?!) in her world. Simple, but evocative. 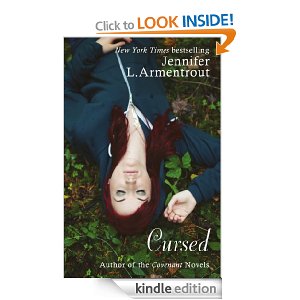 Could it be? Am I a new-found fan of Sarah Hansen's cover designs? Have a lookey up at our cowgirl cover. That's right, Sarah is listed as the designer for Lost In You as well! Someone's been busy. This time we have only one of our characters on the cover but we've also got an expression and emotion that we have ALL felt at some point at some time. More lying-upon-the-ground (sensing a theme here), but it indicates to us a lowness - of mood, of spirit, you name it. Rock bottom emotions. The perception of depth in the image makes us want to get closer to her. The title, and presumably those things about him that are Pieces of You, appear to weigh on her and press her down. Gorgeous, soft colours. 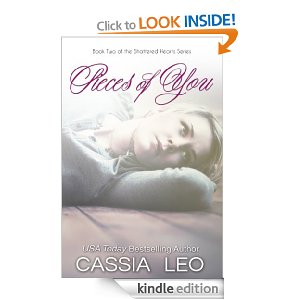 PICK OF THE WEEK

I love this cover more every time I look at it. It has contrast, dark and light, green and red. A perfect example of how on a very basic level you can make complementary colour schemes work for you (green in the background, red in the figures and the title). It gives the whole image a 'buzz' and unconventional harmony like nothing else.

I've actually seen these figures before, photoshopped differently, on another cover. But I much prefer this full-length version of them, and the additions that have been made to personalise the characters. The male character in this story belongs to the Delaware Tribe/Nation, something we may be asked to pick up on immediately from the tattoo on his arm.

Whatever stock image was used originally, the treatment of it here has imbued the couple with a vulnerability, a delicacy of emotion, a poignancy and a threat of darkness which is both beautiful and intriguing. 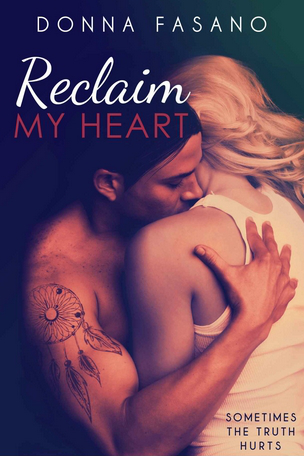 I hope you enjoyed this as much as I did. Let me know what your favourites were, or if you thought I missed the GEM of the week!

But before we go, would I let you get away without...


ABS OF THE WEEK AWARD!

See you next time!

Follow my blog with Bloglovin
Posted by Beatrice Holley at 10:29:00 pm